Washington B.C. is the second episode of the first season of Ben 10.

At Washington D.C., there is a building thats on fire. Everyone in the town is outside of there homes watching and fire trucks are comeing in. Inside the building is a mother and her child. They are trapped and scared. Heatblast then comes to the rescue to save them. At first the mother is terrified but then trusts that he will protect them. After trying to find a way out heatblast creates a fire like tunnel travelling out the window and down outside of the house. They then make it out and are relieved to be alive. After Heatblast is enjoying his fame he sees a kid with a gold Sumo Slammer card. The boy tells him he got it from a box of cereal at the store. While talking to the kid the Rustbucket comes and Gwen says that the fire was just a distraction for a jewlery store robbery. Heatblast looking confused at the boy says "I knew that" and they drive off.

As they drive to the store Heatblast accidentally sets his seat on fire, with Grandpa Max worried about his RV, Gwen comes in and shoots Heatblast with a fire extinguisher. Once they catch up to the thieves Heatblast shoots the car with some fire causing them to crash into a brick wall. Heatblast then scares them into standing by the wall but then transforms back into Ben. When the robbers find out he is just a kid the cops come in and arrest him. Ben tries to explain that he was the one who caught the bad guys but the cops dont beleive him leaving Ben upset.

Somewhere else in town, theres a man knocking on the apartment door of Dr. Animo. After nobody comes to the door the man walks in rudly. There are cages everywhere with different animals in them, then Dr. Animo comes in and the man says that he is the landlord and needs to pay rent. Dr. Animo states that his money goes to his research. As the landlord is telling him that he needs to pay Dr. Animo picks up a helmet type of device he calls the Tansmodulator. As the landlord laughs, Dr. Animo takes a frog out of its cage and uses his device to transform it into a giant frog twice its size with horns and more eyes and with a longer tounge. The frog then grabs the landlord with its tounge and spits him out against the wall. As he talks about how he needs more materials he sees a commercial on the TV about the new M-Mart that is coming out. He then now thinks that he needs to go there to get what he needs.

Meanwhile, Ben, Gwen, and Max are inside M-Mart looking for food. As Ben goes to the cereal aisle Grandpa Max complains that he cant find his canned octopus food. Gwen says to him that he should buy some normal food. After Grandpa Max disagrees and walks off, Gwen goes to see what Ben is up to. She then notices the mess of empty cereal boxes all over the aisle. She then sees two small feet out of one of the boxes. She pulls the strange alien out and it turns out to be Ben. Ben says that he is looking for a gold sumo slammer card. However, when an employee comes over Gwen hides Greymatter and says that its not her fault it was Bens but he does not believe her. Later, after Ben transformed back he fills the cart up with cereal boxes. After Grandpa Max asks whats this, he blames it on Gwen. Grandpa and Gwen yell at him saying that his obsession for the card has gong to far, but ben uses his heroic deed of saving the people from a fire as an excuse for deserving the card.

They finally move on, Ben sees a bunch of Sumo Slammer cards and checks them out, while he does that Grandpa takes gwen to the pet department which she hopes isnt going to be where he finds there breakfast. After Ben feels earthquakes he sees Dr. Animo bursting into the wall on his mutant frog. Ben goes up and asks him what does he think hes doing, he reacts by telling Ben not to be a hero and to go and play. When Ben sees that he cant transform he just runs off. Dr. Animo is then stopped by some gaurds but then tries to continue. Dr. Animo is then in the section that Gwen and Grandpa Max are in and turns a nearby bird and hamster into giant mutants also. The Hamster then corners Gwen and Max, Ben hurries and takes a motor scooter and attracts the Hamsters attention. Ben riding around the store causes some shelves to fall trapping the hamster. Dr. Animo then steels what he needs and rides off with his mutant pets. The shop owner offers a reward to Ben for doing some good and Ben uses that reward to get a gold Sumo Slammer card. However Grandpa Max hurries and rushes Ben and Gwen into the RV to catch Dr. Animo so Ben was still unable to get the card.

Now in the Rustbucket, Grandpa Max talks about how its like the good old days which confuses Ben and Gwen, but Max covers up by saying he was just a really good Plumber. As Ben complains about not getting his reward Grandpa Max tells him that being a hero is its own reward. Gwen tells them about the research she found out and that Dr. Animo used to be a scientist that was doing weird genetic experiements but his mutants did not win him the reward that he desired so much. Remembering what Dr. Animo said in the store about making Pre-history Ben thinks he knows where he is at.

Once they make it to the Natural History Museum, they see Dr. Animo working on his Transmodulator. When he sees that they are there he gives a speech about his plans. He then demonstraights how hes going to bring old things back to life by bringing a nearby mammoth back to life. As the Mammoth deals with them, Dr. Animo makes his escape. Ben tells them to deal with the Dr. while Ben transforms into a new alien thats big, red, and has four arms. Ben calls this one Four Arms. As Grandpa Max and Gwen try to catch up with Dr. Animo they run into the mutated bird. Gwen grabbs a spear that she found close by and attacks it knocking it down. When they catch up they see Dr. Animo reanimating a T-Rex. Finally Ben has defeated the Mammoth, however Dr. Animo walks out on his T-Rex and the bird kidnapps Gwen as they escape. Four Arms arrives trying to catch the bird, after he grabbs it and goes even higher up he gets shaken off and falls all the way back onto the street. Ben then reverts back to his human self.

Dr. Animo is now on his way to get what he says he so truly deserves. A gold Sumo Slammer card also appears to get stuck between the T-Rex's toe. The bird then makes a stop at the top of a monument with Gwen frightend. She then remembers that she can use her cell phone because it is an emergency. After Grandpa Max gets the call he sees Gwens cell phone crash down onto the ground leaving them worried. Grandpa Max then gives ben a peice of paper that shows who got the reward instead of Dr. Animo and thats where he is headed. Ben then turns into a new alien called Stinkfly which he uses to fly up to try and save Gwen. As Stinkfly steals Gwen the bird keeps trying to get her back so Stinkfly hurries to give Gwen to Grandpa. Stinkfly finally defeats the bird and then hurries to Dr. Animo.

At Kelly industries Dr. Kelly is giving a tour. Dr. Animo then arrives on his T-Rex to get back whats his. After another speech his T-Rex attacks Kelly but before he is eaten Stinkfly comes in and saves him. After the T-Rex smacks him with his tail Stinkfly notices a gold Sumo Slammer card. He was going to get it but then decides to save Kelly because this time he was about to actually be in the T-Rex's mouth. After saving Dr. Kelly, Dr. Animo tries to blast Stinkfly with his transmodulator. Stinkfly dodges the attack and shoots some slime at the T-Rex which leads to Dr. Animo dropping his reward. Stinkfly steals the Transmodulator and destroyes it changing back all of the mutated creatures to normal.

Later, the gang watches on tape Dr. Animo being dragged away by the Police. After a while Ben relizes that Grandpa Max was right and that perhaps saving the city is its own reward. After Gwen thanks him for saving her life he is rude about it causing them to fight some more ending the episode as the RV drives off.

Grandpa Max: I knew I should have gotten those asbestas seat covers when i had the chance

Gwen:10 aliens in that stupid watch and you pick the one with the flaming butt

Gwen:(shoots him with fire extinguisher) 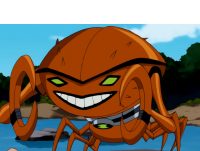 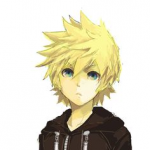